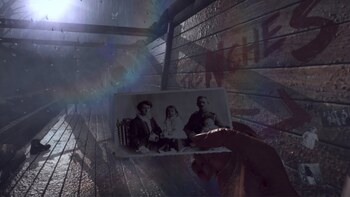 Trenches is a World War I Survival Horror Video Game by Steelkrill Studio.

World War I. 1917. One soldier has found himself behind enemy lines, deep in the trenches. All he wants is to finally go home to his family. First, he needs to get out of there.

However, he isn't alone. There are others in the trenches with him, and their intentions for him are not noble. He'll need to use his wits to evade these monstrosities and escape from the trenches alive.