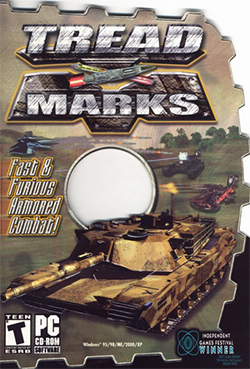 Once upon a time, a bunch of self-aware main battle tanks decided that they had seen enough silly human conflicts for one lifetime, and decided to run off into the woods to have silly robot conflicts.
One tank suggested that should try off-road racing with copious amounts of live ammunition strewn around the track
And There Was Much Rejoicing!
And they lived happily ever after. The End
Advertisement:

The Russian army seems to have taken heart to it

Tread Marks has examples of: