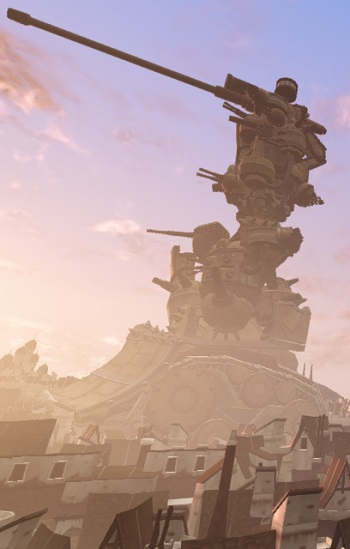 That wasn't there yesterday...
Tower of Guns

is a Roguelite First-Person Shooter made by Terrible Posture Games (composed of brothers Joe and Mike Mirabello, and Joe's wife, Colleen Mirabello) in 2014.
Advertisement:

A giant tower filled with robots and cannons has appeared in the middle of a peaceful village and it's your mission to enter the tower and destroy it.

Received a Spiritual Sequel in the form of Mothergunship.

Tower of Guns provides examples of: