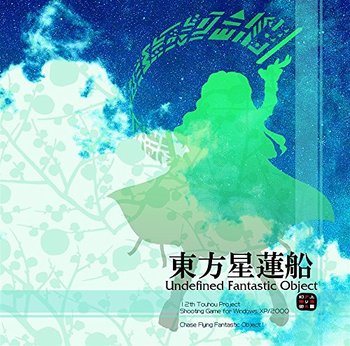 Touhou Seirensen ~ Undefined Fantastic Object is a video game created by Team Shanghai Alice for Windows computers in 2009. It's the twelfth installment in the Touhou Project franchise.

Reimu Hakurei, Marisa Kirisame, and Sanae Kochiya are investigating a strange flying object in the sky.

The game features the colored UFO mechanic. By collecting saucers of a different color, the player can get more life pieces, bombs, or point bonuses.