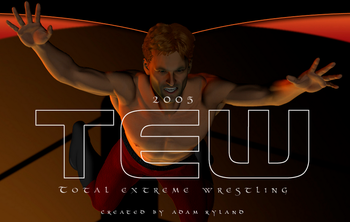 Total Extreme Wrestling is a series of simulation computer games based off of Professional Wrestling. It was started in 1995 by British programmer Adam Ryland initially as a card game but quickly became a computer program due to the complex rules and long setup required. It was initially called Extreme Warfare.
Advertisement: