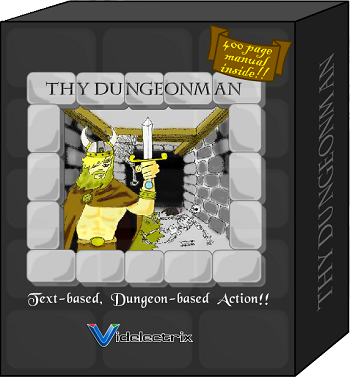 What wouldst thou deau?
> describe Thy Dungeonman here
Advertisement:

Thy Dungeonman is a series of text-based adventure games by Videlectrix Games, originating as one of the games demonstrated in Strong Bad's email "Video Games"