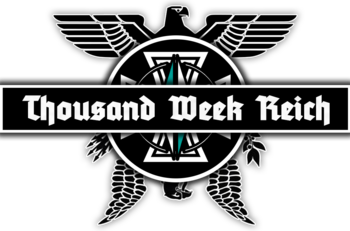 Thousand-Week Reich is an Alternate-History Nazi Victory mod for Hearts of Iron IV, based on AP246's Thousand-Week Reich timeline. Most of the lore of the mod is based on the original timeline, but with some adaptations to better suit the game.
Advertisement:

Compare and contrast with The New Order: Last Days of Europe, another Nazi victory mod for HOI4, which is more narratively-driven, and features more ambitious and outlandish scenarios and mechanics.