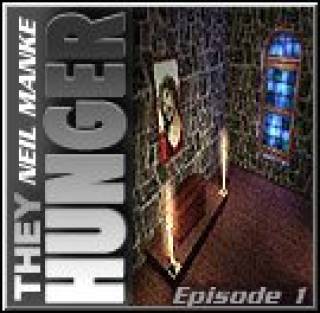 "This is BMRF radio; we interrupt this program to bring you a special news report! Unknown atmospheric phenomena have been reported throughout the area. Meteorologists have been unable to identify the source of the strange electrical displays, but we will keep you informed of any developments. We return you now to our regular programming."
Advertisement:

They Hunger, created by Black Widow Games, is a action horror / survival horror modification for Half-Life. In this three chapter adventure, you must fight your way through hordes of you guessed it, the undead, and try to uncover the mysteries underlying in the crisis of a small county town. It's one of the better known GoldSrc mods, alongside Counter-Strike, The Hidden: Source, Sven Co-op , Gunman Chronicles, Redemption, The Specialists, and so on.

A best-selling author, name not given, drives through the countryside of Rockwell. He's been having writer's block with his latest work, and hopes that his retreat will give him some ideas. Unfortunately, shortly on the way out, lightning strikes his car and causes him to crash into a small lake, almost leaving him to drown.

Soon, after escaping the lake through a drainage pipe, then a sewer that leads to the catacombs, and finally a pathway to a seemingly abandoned chapel, he eventually realizes the dead have somehow risen and that they hunger... for human flesh. The writer is forced to survive a land that's bit by bit being taken by the zombie horde, and now must find a way out of Rockwell; along the way, he slowly discovers that things aren't as they seemed originally about this growing menace.

This game mod provides examples of: