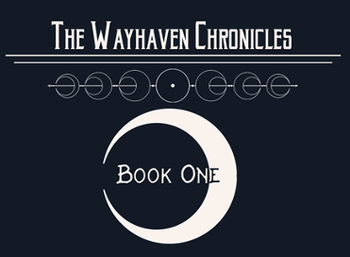 There's a saying in Wayhaven that if you don't know what's going on, you just have to ask the person next to you.

The Wayhaven Chronicles is a Interactive Fiction game written by Mishka Jenkins and hosted by Choice of Games' user submitted label Hosted Games.

You play as a newly-promoted detective in the town of Wayhaven, whose first case turns out to be a lot stranger than expected, and introduces them to a larger, more supernatural world.

The first book of the series is available here

. A demo consisting of the first six chapters of the second book can be found here

Book One contains examples of: