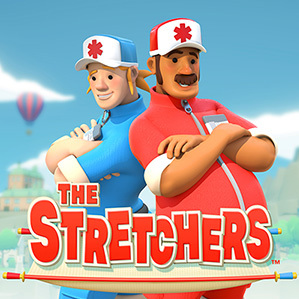 The Stretchers is a co-op action puzzle game developed by Tarsier Studios and released by Nintendo on the Nintendo Switch on November 18, 2019.

The evil Captain Brains is turning people into "Dizzies", regular people that have been made dizzy. The player takes the role of two ambulance drivers who must pick them up and carry them on a stretcher into the ambulance followed by bringing them back to the hospital, all while taking whatever means necessary to finish the job. It's all the craziness of Overcooked! plus the recklessness of Crazy Taxi in one new game.