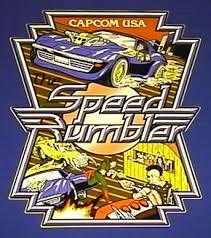 A driving game where Top (called Super Joe in the American materials) drives an armed car in an attempt to save his family and neighbors from a terrorist group called Zappers before they can kill the folks the next day.