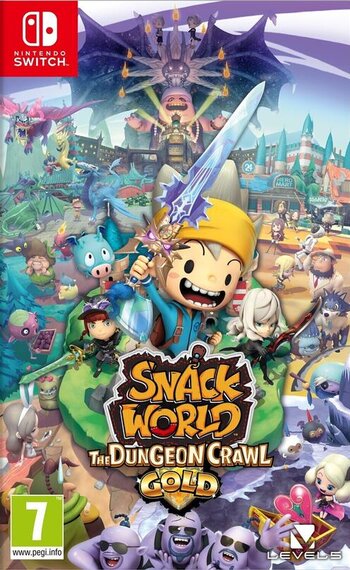 The Snack World is a cross-media franchise from Japanese developer Level-5. The game was released in 2017 for the Nintendo 3DS and in 2018 for the Nintendo Switch, while also spanning across not only an anime and manga series, but also a toy line. The series follows Chup, Pepperon, and Mayone, three adventurers within the Snack World. The game utilizes NFC technology to make use of the franchise's Jara, a line of toys that resemble weapons that Chup can find and use within The Snack World.

While the 3DS version never left Japan, the Switch version was later released worldwide in 2020 (with in-game features replacing the NFC toys) under the title Snack World: The Dungeon Crawl - Gold.