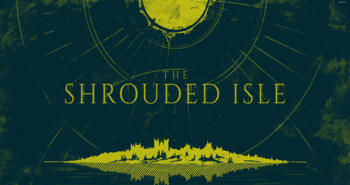 "Being a pastor is way more fun when you're allowed to stab that one congregant who peddles naughty pictures."
—Wthomas9, Steam review

(who had earlier created Shattered Planet and Moon Hunters.) It was released for PC through Steam on August 4th, 2017, and ported to Nintendo Switch on January 17th, 2019.

According to a prophecy 495 years ago, the god Chernobog will Awaken in 500 years. Having only five years until Judgement Day, you must guide the Faithful until then.

The Shrouded Isle provides examples of the following tropes: