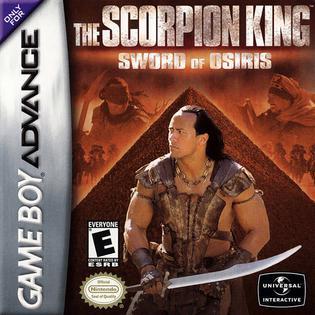 The Scorpion King: Sword of Osiris is a side-scrolling Platform Game for the Game Boy Advance developed by WayForward Technologies that was released on April 2002. Taking place after the events of The Scorpion King, Cassandra was captured by a sorcerer known as Menthu and Matahyus has to rescue her.

This game was surprisingly well-received by critics, who found the gameplay engaging and the graphics to be colorful and well-animated.