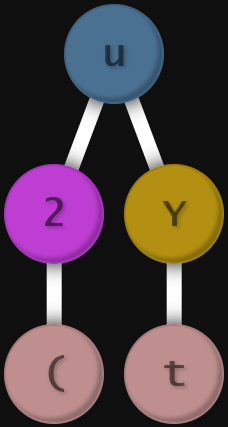 Generated with seed 65356. Each layer corresponds to symbol shown.
Advertisement:

The RNG Tree is an Idle Game in The Modding Tree by RNGeezus (actually Jacorb 90) released on April Fools' Day 2021. Unlike other trees, this game uses a seed from 1 to 999999999 to generate layers, upgrades, and buyables. It's generally slow and unbalanced due to its nature, so trying to reach the third row is going to take a very long time in practically every scenario.

Compare it to The Ascension Tree, which does not use TMT but came out on the same day and has a similar premise (the main difference is this game has a bit of variety but runs into an insurmountable timewall at row 2, while that game is balanced to run for far longer but is extremely repetitive).

You can try it here