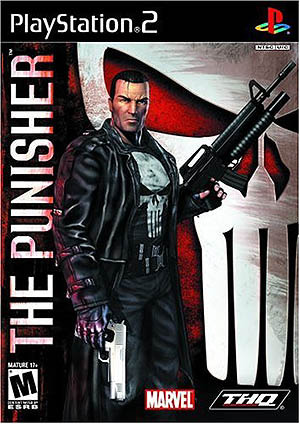 A Third-Person Shooter released in 2005 by THQ based on Marvel's The Punisher. The game starts with Frank Castle in a interrogation room in Ryker's Prison and the whole game is a series of flashbacks to the present.
Advertisement:

A lot of the gameplay mechanics would later be seen in Volition's own series, Saints Row.

For the Arcade and Sega Genesis game, see The Punisher (Capcom).