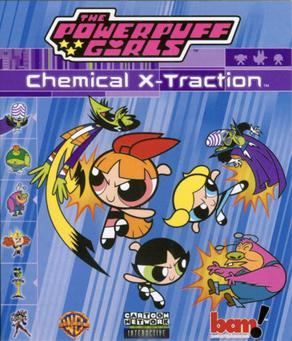 "He's stolen our baked goods and made them BAKED BADS!"
Advertisement:

In the game, the Powerpuff Girls have baked a pie and Bubbles adds some Chemical X to make it super. Unfortunately, Mojo Jojo steals the pie and gives a slice to every villain in Townsville, and it's up to the girls to beat them down.