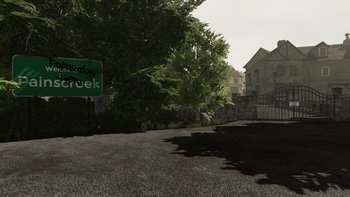 The Painscreek Killings is a murder-mystery Environmental Narrative Game by EQ Studios, released

As Janet, a young and upcoming journalist, you have been asked by your editor to investigate the mysterious abandonment of a once lively town. Based on the information released by the media about the deaths of the townspeople, you set foot into the town thinking you would find an interesting story to publish, only to uncover secrets that were meant to stay hidden forever.