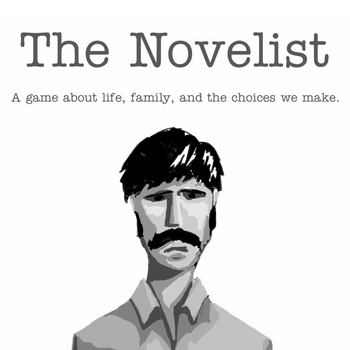 The Novelist is an Indie Game about the Kaplan family, centering on the eponymous Novelist but you don't play as him. Instead you play a benevolent (or not) ghost trying to help the Novelist find the right balance between writing his novel and spending time with his family.