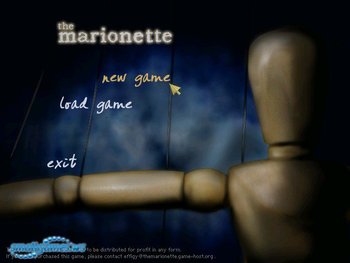 is an independent Point-and-Click Horror-themed Adventure Game. It centers around Martin, a distant, cynical man, who, after receiving a disturbing envelope, suddenly finds himself and his car at an unfamiliar house with no recollection of how he arrived. With his keys missing and no other apparent choice, Martin enters, and finds a mysterious man who calls himself Giuseppe. He warns Martin to be wary of a woman named Alice.
Advertisement:

After going through an odd door, Martin discovers himself locked inside a museum—the Geimann art gallery, with which he holds a connection. The two places, however, have no apparent relation, and are in entirely different locations. Things are beginning to dive into madness.