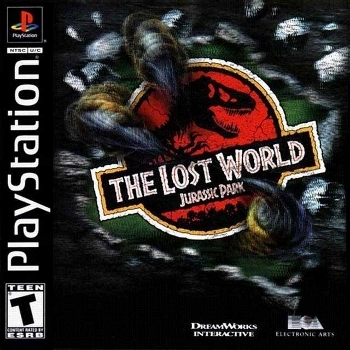 The Lost World: Jurassic Park is a 1997 side-scrolling platformer action-adventure Jurassic Park game developed by DreamWorks Interactive for the Sony PlayStation and Appaloosa Interactive for the Sega Saturn, adapted from the film of the same name. In 1998, a modified special edition was released that added bonus content. The soundtrack is notable not only for being one of the earliest video game soundtracks to feature recorded orchestral instruments instead of MIDI or other synthetic music files, but also one of the first composed by Michael Giacchino, who would later return to the franchise with Jurassic World.

There are five playable characters: the Compsognathus, Dieter Stark (Human Hunter), the Velociraptor, the T. rex, and Sarah Harding (Human Prey). Players face off against a wide range of environmental obstacles, other dinosaurs, and humans in a fairly non-linear storyline.

Also released by Appaloosa Interactive in 1997 was a 16-bit version for the Sega Genesis. This game, completely different from the 32-bit version, featured an isometric point of view, and gameplay-wise was not unlike the Jurassic Park game for the Super Nintendo Entertainment System.