Video Game / The Legend of Heroes: Trails in the Sky - The 3rd 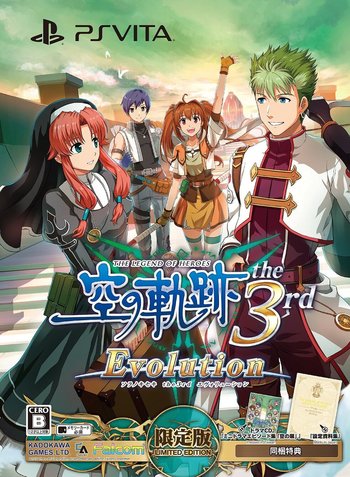 The third and last game in the Sky trilogy.

Taking place half a year after the end of Second Chapter, the protagonist this time is Kevin Graham. After pulling off a successful mission, Kevin is contacted to investigate a mysterious object, discovered after the collapse of the Liber Ark, while having a surprising reunion with Ries Argent, an old friend who has a connection to a figure from Kevin's past.

Suddenly their investigation is cut short when a masked figure appears and transports them both to an unknown plane, leading them (and some old friends) to solve the truth of their situation.