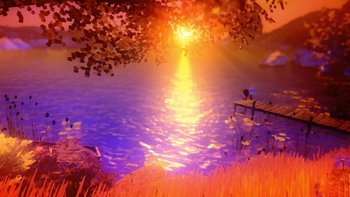 An adventure puzzle game by Ovosonico about a day in a couple's life with their tiny village. Or so it seems... Members of the tiny community are Glasses Guy, Painter Girl, The Kid, the Old Man, the Best Friend and the Hunter. Plus the Hunter's dog and a blue bird.

Inspired by the music video to "Drive Home

" by Steven Wilson, who also serves as the composer for this game's soundtrack.