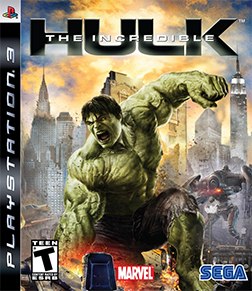 A video game based off the The Incredible Hulk, published by Sega and released for the PS2, PS3, Wii, Nintendo DS and Xbox 360 in 2008.