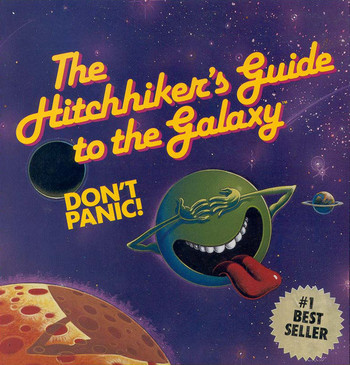 A 1984 text-based adventure game published by Infocom and yet another adaptation of that wholly remarkable franchise The Hitchhiker's Guide to the Galaxy. The game was co-written by Douglas Adams and Steve Meretzky.

It's notorious for being maddeningly difficult and very funny, and stays close to the other versions of The Hitchhiker's Guide to the Galaxy.

. The Digital Antiquarian has articles on making