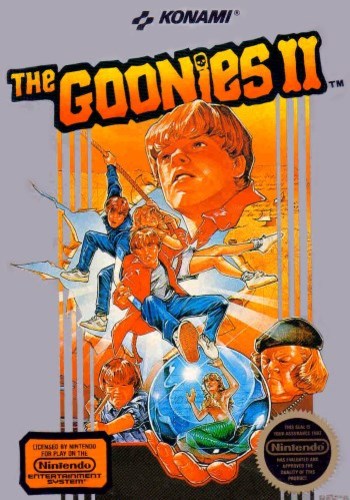 The Goonies II: The Fratellis' Last Stand is a sequel to the Famicom game, The Goonies, though this one was fully localized. It takes the platforming elements, but, like Castlevania II: Simon's Quest, changes the levels to free roaming exploration. It also includes elements not seen in the movie at all, like a mermaid to rescue.

Tropes seen in The Goonies II: