Video Game / The Gardens Between 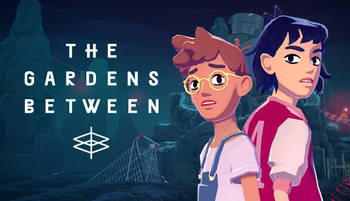 A 2018 indie puzzle game from developers The Voxel Agents.
Advertisement:

Arina and Frendt are next-door neighbors and best friends. While sitting in their treehouse one stormy night, a crack of thunder sends the two into a bizarre landscape.

Now the two must navigate towering puzzles filled with memories to find their way home, using the ability to rewind and forward time.

But what awaits the two at the end may be too painful to finish...