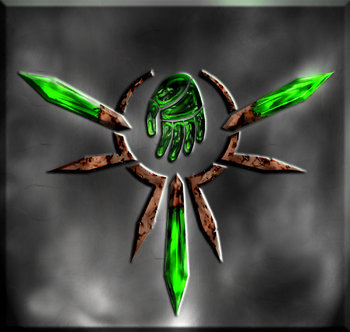 The future is to be invented
The Forgotten is a Game Mod for Command & Conquer 3: Tiberium Wars, developed by CnCLabs, the minds behind CnC All Stars

and The Red Alert

. The mod reintroduces The Forgotten, a mutant race first seen in Command & Conquer: Tiberian Sun as a third minor faction who were more or less left out in the sequels, being reduced to just tech units you can use if you capture their Mutant Hovels. The mod is notable for quite possibly be the only mod to go so far as to include Full Motion Video shot in the style reminisce of the video sequences in the older games, which all ties in with the campaign mode.

The mod's story revolves around the exploits of a mutant commander by the name of Salvador Trogan, a native East German who was a Nod spy before he defected. It follows his and his fellow commander's quest in leading a successful armed rebellion against the warring superpowers, citing that The Forgotten has been shunned upon, abandoned, and marginalized for too long. It was time they give them a piece of their mind, a clear message that they no longer want to be forgotten.

The Forgotten contains examples of: