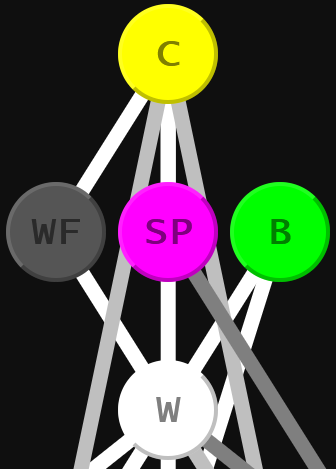 The tree (not shown: row 4).
Advertisement:

is an Idle Game made in The Modding Tree by ducdat0507 and released in 2020. Initially, there is one node with "C" on it, which you use to claim coins and spent them on upgrades to produces coins faster. Once you earn enough coins, more nodes show up, some of them even placed before existent ones. Can you reach World Alpha's current endgame?