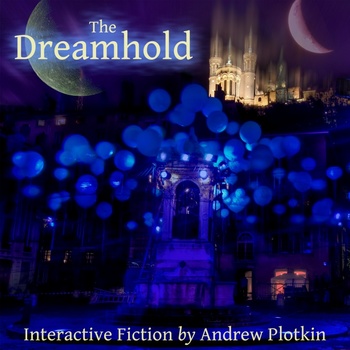 The Dreamhold is an Interactive Fiction game specifically designed by Andrew Plotkin to introduce new players to the genre by providing a "tutorial voice" to guide them through the general mechanisms and gist of the game and making the puzzles relatively basic for people unfamiliar with IF tropes.

Don't let this fool you into thinking that this is a short or simple game, however, especially since it won awards for Best Puzzles and Use of Medium in the 2004 XYZZY competition. While The Dreamhold does rely on the overused "You Wake Up in a Room with no memory of who you are" IF plot, it makes full use of that plot. The rooms you need to explore are genuinely fascinating and lush with detail, the puzzles are clever without being too hard for each difficulty level, and the Jigsaw Puzzle Plot is effective enough to keep your attention and leave you with questions after the ending has rolled by. Plus, if "normal mode" is too easy for you, you can switch the game to "expert mode" to make the puzzles more challenging.

The game can be played online or downloaded here

This game contains these tropes: