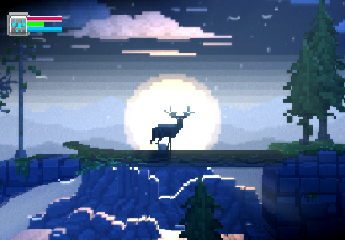 A Game of Reincarnation...
Advertisement:

on Kickstarter. The Alpha version was released on September, 2014 and can be preordered here

It follows a big game hunter who, after his death, is reincarnated by the eponymous God into a fawn's body.

It includes the following tropes: