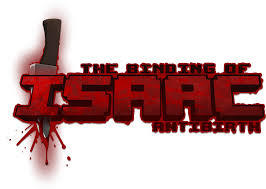 "Five years ago, a young boy took his first trip down into the basement, facing the endless threats below to escape from the murderous delusions of his loving mother. Three years later, he found himself facing the same predicament but with an even greater plague of horrors and peril. Very shortly afterward, a modest few among us decided that even this was not enough. In the two years since then, fate has worked tirelessly to place by far the most fearsome challenge yet in his path. This time, Isaac will face our free and fan-made The Binding of Isaac: Rebirth expansion, Antibirth."
— The Official Antibirth Website

The Binding of Issac: Antibirth is a Game Mod for The Binding of Isaac: Rebirth that was created by Public Entertainment Networked Interactive Softwarenote A group formed by the Binding Of Isaac fans Kilburn, NotYourSagitarius, LeatherIceCream, and Mudeth and released on December 23, 2016. The mod acts as an alternate expansion for Isaac separate from Afterbirth and Afterbirth+, and adds tons of new items, trinkets, bosses, enemies, and even two new characters and a new final chapter. While currently available to play, the developers consider this an "early-access" release, with more updates to come in the future.

The Binding of Isaac: Antibirth can be found and downloaded on its official website here

, and can be played if you own the original The Binding of Isaac: Rebirth (the expansions are not necessary).

On September 2018, it was announced that content from the game is going to be officially added into Repentance, the final expansion for The Binding of Issac Rebirth.

Tropes exclusive to the mod include: