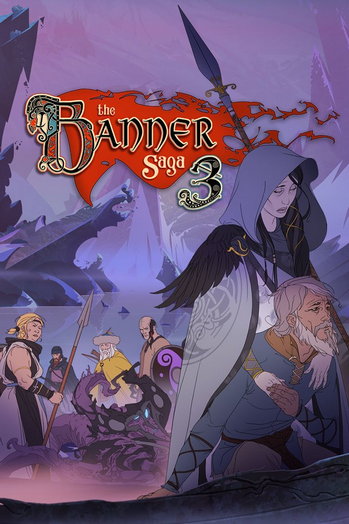 "We were as far from safety as we could have been; me, Rook, and Alette, in our small town of Skogr. So much has changed since then. We travelled the length of the world to escape serpents and dredge, and still it was not enough. What I do now is madness. Somewhere in the darkness, I've been told, lurks an answer to all our desperate questions. I will make sure it sees the light of day. All I care about now is that the friends- no, the family I fought to deliver to Arberrang- live to see the sun move again."
—Iver
Advertisement:

After a long journey, the caravan of Skogr has finally arrived at Arberrang, the capital of the kingdom of men, to make one final stand against the armies of dredge and darkness. Meanwhile, the legendary varl hero Iver and the enigmatic menders Juno and Eyvind commandeer the Ravens mercenary group to make a desperate journey into the heart of the darkness to save the world.

This video game contains examples of the following tropes: