Video Game / The Aquatic Adventure of the Last Human 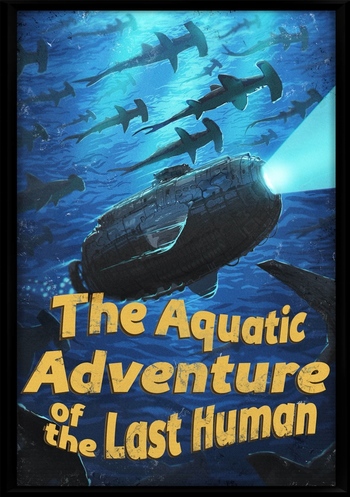 . In January 2018, the game was also ported to Playstation 4 and Xbox One, with a Nintendo Switch port following in January 2019.

In it, you are the only crewmember of the spaceship/submarine Argo 9, explore the Earth thousands of years after mankind went extinct and the Earth flooded due to melting of the polar ice caps. You meet lots of frightening and gigantic sea creatures during your quest to survive and to find out what happened to humanity.

See Song Of The Deep for another underwater Metroidvania that was released in 2016.