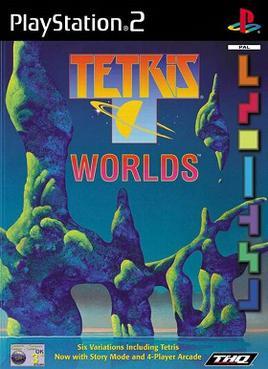 A 2001 sequel released on PC, Game Boy Advance, PlayStation 2, Nintendo Gamecube and Xbox, wherein you get six different challenges, or "worlds". You play Tetris in your play area, or tetrion, to help the Minos escape. You must complete all six up to level 15 to get the Golden Ending, and to access classic Tetris. The variants are as follows:

Tetris Worlds is also historically notable as the first Tetris game to be beholden to the Tetris Guideline gameplay specifications to which all Tetris games henceforth must adhere (see the Tetris trivia page).