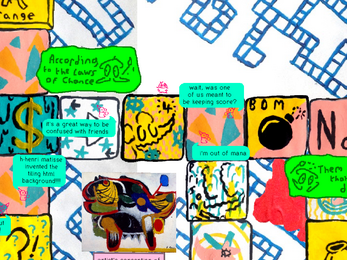 10 Beautiful Postcards is an exploration-focused Art Game assembled by thecatamites (the creator of Space Funeral). The sole goal is to travel across multiple environments in search of ten different hotel rooms/postcards. It is currently available on Itch.io