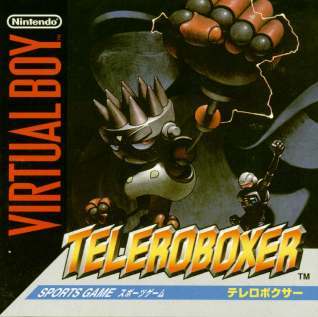 Teleroboxer is a 1995 Virtual Boy game developed by Nintendo.

It takes place in a future where people use a combination of the Virtual Boy and futuristic control technology to pilot robot boxers.