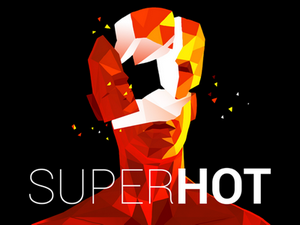 IT'S. ABOUT. TIME.
TIME. MOVES. ONLY. WHEN. YOU. MOVE.
Advertisement:

The most innovative shooter anyone's played in years.

SUPERHOT is a series of First-Person Shooter / Puzzle Game hybrids. The core concept of the series is that time only moves when you move — specifically, when you press buttons on the controller. If you’re standing still, time nearly stops, slowing bullets to a crawl and stopping enemies in their tracks. If you move, bullets will zip right at you and enemies will start shooting again. Once you've used up a gun’s mag, you have no choice but to throw it at your enemies and grab one of their weapons, unless you'd rather take them down up close and personal. It's friggin' cool.

Games in the series are: