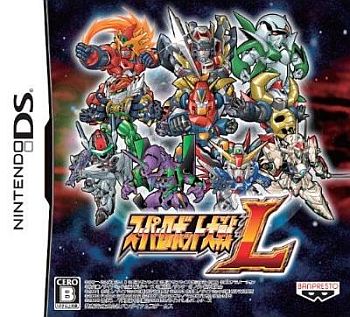 The lineup of L was under some scrutiny following its announcement: the debut appearance of Rebuild of Evangelion raises questions on how its story can stir the plot, especially when "1.0: You Are (Not) Alone" and "2.0: You Can (Not) Advance" are only half of the Rebuild saga. The reappearance of certain series from Super Robot Wars Judgment, W, and K elicited many "expect loads of recycled sprites and pilot cut-in" responses, although it turned out many units had their animations updated to some degree. L also modified the controversial "Partner Battle" system from K, making it more like traditional SRW squad mechanics.

Rumour has it Masami Obari of Dangaioh and Gravion fame had a hand in the game's entry selection, which would explain why Iczer and Dancougar Nova made it in as debuts. Given Obari was busy putting up the final directing touches for the October 2010 release of the Animated Adaptation of Super Robot Wars Original Generation 2, this might not be such a coincidence.

Series included in L are (debuting series in bold):

Earthlings head to colonize space, but the journey's been tough for the past one hundred years: atomic war, strife against the Jama Kingdom and the lack of resources on Earth due to the space colonies seizing most of it. Around 15 years ago, the Second Impact occurred, to which forces such as the Darius Empire, the Katou Organization and the Dancougar appeared. As a result, nations began increasing their military strength and indirectly affected those living in space.

5 years ago, humanity waged a long war with the Mimetic Beasts and although victory was achieved, tensions mounted following a terrorist incident that destroyed a space colony 3 years earlier. 2 years before the start of L, humans on Earth and space colonists waged a deadly one-year war that lead to the Earth nations winning, but left their countries severely weakened from the fallout. Seeing a chance, Dr. Hell's Mechanical Beast army attacks, leading to an uneasy Earth/space colony truce to fight against them. With Dr. Hell and his Mycenae Empire allies defeated, peace returns; soon afterward, Darius mounts their full-scale assault and the seal preventing the Jama Kingdom from returning is broken. Now, visitors from beyond the Earth Sphere come into contact with humanity and a new battle begins.