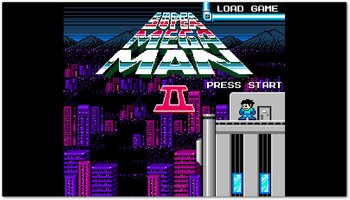 In the year 20XX, Dr. Wily has built a new set of eight Robot Masters to conquer the world. With Proto Man on vacation, it's up to Mega Man to save the world from the evil clutches of Dr. Wily again.

This game can be downloaded here

. Alternately, one could watch the two

review by Nico Evaluates, although he didn't have many kind words for it.