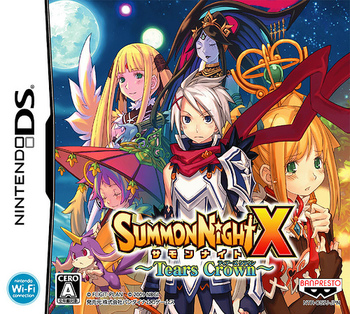 Summon Night X: Tears Crown (サモンナイトX ～ティアーズクラウン～ Samon Naito X ~ Tiāzu Kuraun ~) is a fantasy role-playing video game in the Summon Night series for the Nintendo DS. It is developed by Flight-Plan and Think & Feel and is published by Namco Bandai in Japan on November 5, 2009.