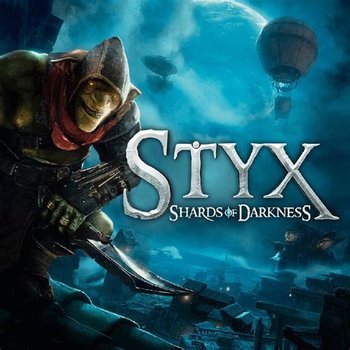 Styx: Shards of Darkness is a Stealth-Based Game developed by Cyanide Studio for PC, PlayStation 4 and Xbox One, released on March 2017. The game is an interquel to Styx: Master of Shadows and Of Orcs and Men.

Set months after Master of Shadows, Styx is now a thief-for-hire in the shanty town of Thoben. The land has now been ravaged by the Goblin infestation to the point that an organization dubbed "CARNAGE Team" has been formed to hunt them down. After a typical job, Styx has been hired by Helledryn, captain of CARNAGE to steal a scepter, which sends the two on an adventure to deal with a diplomatic meeting within the Dark Elf city of Korrangar.

The game boasts several new features, such as the ability to craft items and even a new Co-Op mode.

"Dead again? Is that your controller in your pocket, or are you just pleased to see me?"