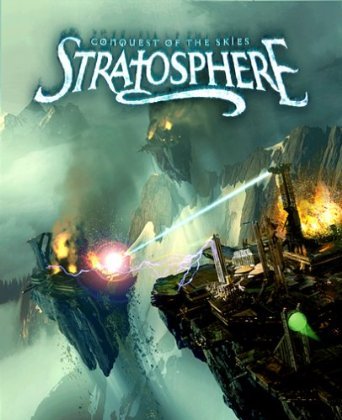 Stratosphere: Conquest of the Skies is Vehicular combat game and also a real-time strategy PC game, developed by Kodiak Interactive and published by Ripcord Games in 1998. Stratosphere focuses on floating island battles which players control.
Advertisement:

Via an editor, you can add different enhancements to it, like new engines, rudders or cannons. In 40 missions you have to battle other fortresses and fullfill various mission objectives.