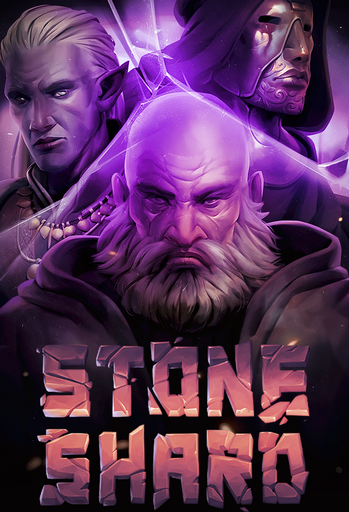 Stoneshard is a Roguelike for the PC, developed by the Russian studio Ink Stains Games (which had earlier created 12 is Better Than 6). It was funded

on Kickstarter on June 16th 2018, with only an hour left before the deadline, and was later released onto Steam Early Access on February 6th, 2020.
Advertisement:

Stoneshard is notable for functioning like a traditional roguelike, with the same sort of unforgiving simultaneous turn-based gameplay as opposed to the real-time roguelites of 2010s, yet at the same time possessing lush pixel art graphics that are a far cry from the ASCII of classics like Nethack or Angband, or even the comparatively simple tilesets later added to games like Ancient Domains of Mystery. It also has sound effects and a soundtrack that is already an hour long

- again, in sharp contrast to the classics, which are normally entirely silent.

The game also has a considerably more developed plot than is usual for the genre. It has a largely scripted and voice-acted prologue, which places you in the shoes of an aging mercenary Verren, who finds that a job about retrieving a Stoneshard from a supposedly abandoned abbey had suddenly involved a lot more than he bargained for. Afterwards, the player's true character is a younger mercenary under Verren's command, who'll have to untangle the growing conspiracy entanging the war-torn fantasy realm of Ardor on their own.