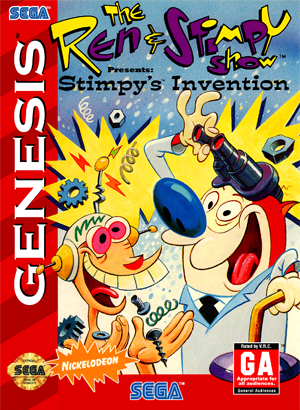 Ren and Stimpy: Stimpy's Invention is a 1993 Platform Game for the Sega Genesis based on The Ren & Stimpy Show.

Stimpy is working on his latest invention, the Mutate-O-Matic: a Matter Replicator which can turn household garbage into food. Unfortunately, it explodes after Stimpy turns it on. Now the duo must collect the missing pieces, reassemble the machine, and turn it off.