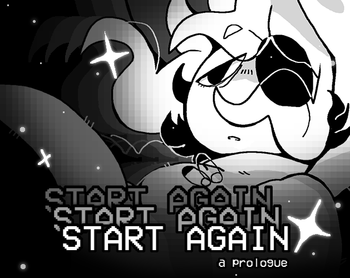 You must ensure that they don't find out. Because it's not like it's a problem, right? Facing the same enemies, traversing the same spaces, staring down the same Final Boss... You've got this down pat! There's nothing to it but to do it, right? As many times as it takes.

This game can be found here

(Get back on the stage.)