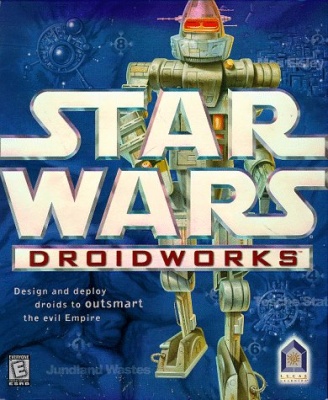 Star Wars: DroidWorks is a Star Wars Legends educational game released by Lucas Learning in 1998 for PC and Mac.
Advertisement:

In it, you play as a spy for the Rebel Alliance who has to build droids for a Jawa clan, solving basic physics puzzles to prove yourself, and ultimately stop the Empire's army of assassin droids.