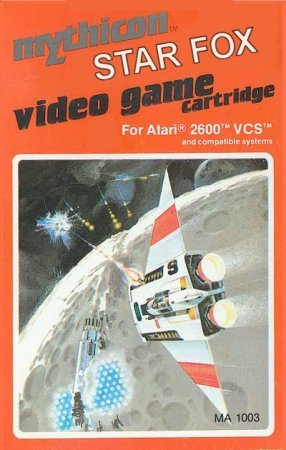 Star Fox is an Atari 2600 game by Mythicon, a company that also released Sorcerer and Fire Fly as budget titles for the system.
Advertisement:

In the game, you fly around a planet and collect valuable trimetalisium energy crystals while destroying all the enemy fighter drones you encounter. Making the game challenging is that collecting crystals means that you'll have to land your ship on the surface and risk being hit from above by the drones since you can only move vertically when you're down near the surface.

Not to be confused with Nintendo's 1993 game of the same name.