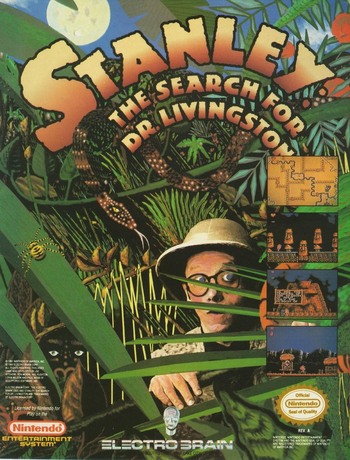 Stanley: The Search for Dr. Livingston is an Adventure Game released in 1992 for the Nintendo Entertainment System.

You take control of reporter Henry Morton Stanley , in search of Dr. Livingston. As the game goes on, Stanley will be collecting various weapons, keys, and powerups to help in his search in the Masza jungle.

Tropes appearing in Stanley: The Search For Dr. Livingston