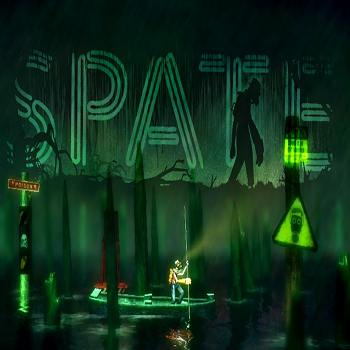 "It is only through mystery and madness that the soul is revealed."
Thomas Moore

Spate is a Steampunk-themed 2.5D Platform Game by Eric Provan, a former Disney and Jim Henson studios artist. It was funded

Years ago, Detective Bluth's daughter died. His wife left him not long after. He has since filled the void with absinthe. In 1890, he was hired to search for a missing businessman in the X Zone, formerly a famous resort of Pearl Islands that has been reduced to a swamp by torrential rain and seemingly permanent fog. Join him on his journey into madness as he's haunted by absinthe hallucinations and his memories.